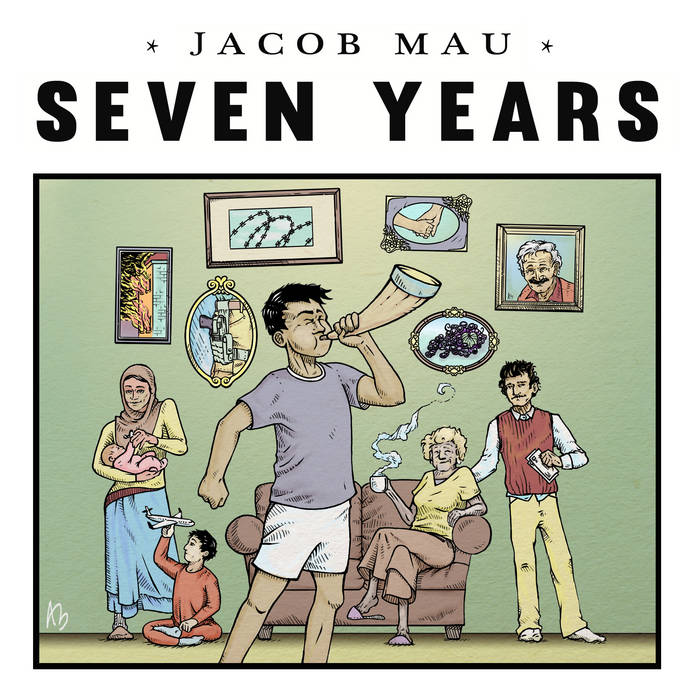 FROM FEBRUARY 18 TO MARCH 17, ALL ARTIST PROCEEDS FROM THIS PROJECT WILL GO TO FOUR ORGANIZATIONS IN THE CHICAGO AREA THAT SUPPORT REFUGEES, STARTING WITH WORLD RELIEF CHICAGO.

Jacob Mau is a passionate storyteller who has worked with refugees since 2006. His current project, Seven Years, is a collection of songs, stories, and poems drawn from this experience. Jacob has shared Seven Years in the U.S. and Canada. In 2014 he participated in the Forced to Flee tour, a Chadwick Stokes national campaign raising visibility for refugee issues. Jacob lives and works in Chicago, where he continues providing hands-on support for resettled refugees.

Jacob Mau spins compelling stories of misfit people and misplaced landscapes oft overlooked by others, and ignored by history. As this year's winner of Chicago's longest-running open mic competition, hosted annually by Uncommon Ground, he is clearly a standout among the city's best singer-songwriters. Good things await this young musician."

Bandcamp Daily  your guide to the world of Bandcamp

Featured sounds from Fly Lo and Ahmed Idris, plus Mother Nature hops on to drop off new project